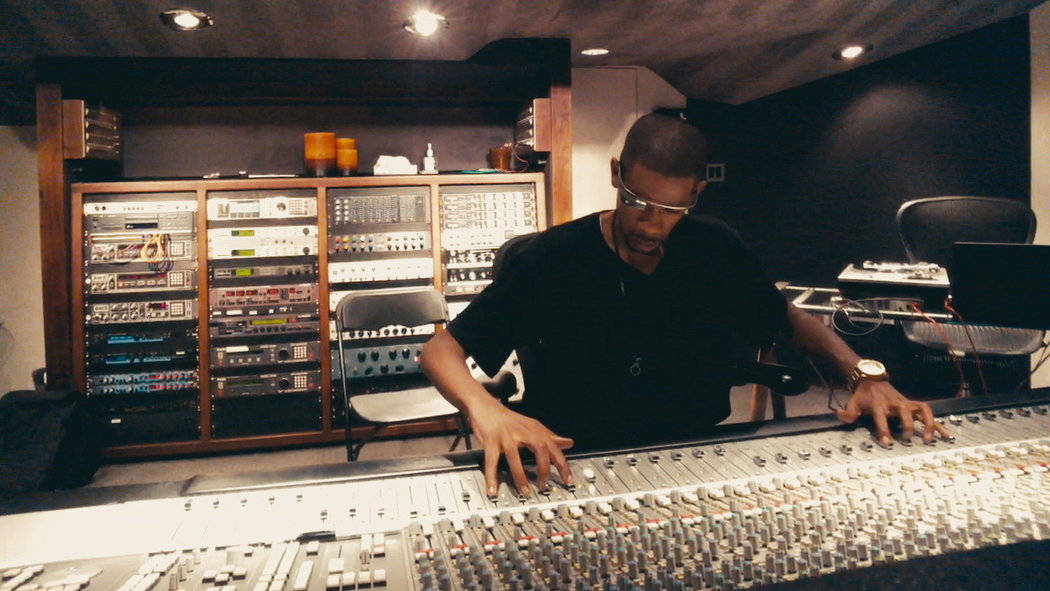 Young Guru acquired his love for music at an early age. He always knew that he wanted to attend a school such as Omega Studios’ School of Applied Recording Arts and Sciences. Starting as an amateur DJ in the Washington, DC Area, he bought all of his own equipment in his teens. Working with the assortment of gear at his disposal, it sparked a love for music technology that has stayed with him since. After a successful stint DJing for rapper Nonchalant, he used the money he earned to enroll at Omega Studios’ School. After graduation, Nonchalant’s producer Chucky Thompson hired him to come work for him. In the same year Young Guru went independent and moved to New York, where he met Memphis Bleek. Young Guru used the knowledge he attained at Omega Recording Studios Studios’ School to help Memphis Bleek on his “The Understanding” (2000) album, which was recorded under the fledgling Roc-A-Fella Records. Being one of the original artists recorded with Roc-A-Fella, Memphis Bleek was close to one of its founders, Jay-Z. The rest is history. Jay-Z quickly became attuned to Young Guru’s engineering prowess, and hired his to work on his single “Girls, Girls, Girls”. The success of that single solidified Jay-Z and Young Guru’s relationship, which led them to create The Blueprint 1 and 2, as well as arguably Jay-Z’s most successful album; The Black Album.

Young Guru’s Success did not stop there. He has gone on to record with acclaimed artists such as Beyonce, Rihanna, Ludacris, Ghostface Killah, Freeway, Cam’ron, Redman & Method Man, Mariah Carey, Pete Rock, Fabolous, Talib Kweli, Bone Thugs-N-Harmony and T.I.. Young Guru has also utilized his experience attending Omega Studios’ School Live Sound Program, when, in 2011, he joined Jay-Z and Kanye West as their road DJ on their “Watch the Throne Tour”, which had over sixty three shows and made over seventy five million dollars in ticket sales.

After the tour, Young guru has continued to work with a variety of Hip Hop and R&B artists. He has since moved to Raleigh, North Carolina where he has been named the Director of Operations for 9th Wonder’s It’s A Wonderful World Music Group, where he has remained since.

“My liking for the Distressor-API chain may come from my experience at Omega Studios. Their API room sounded incredible, and I loved to track through their API preamps and EQs.” — Paul Tingen, (Sound On Sound) 2009