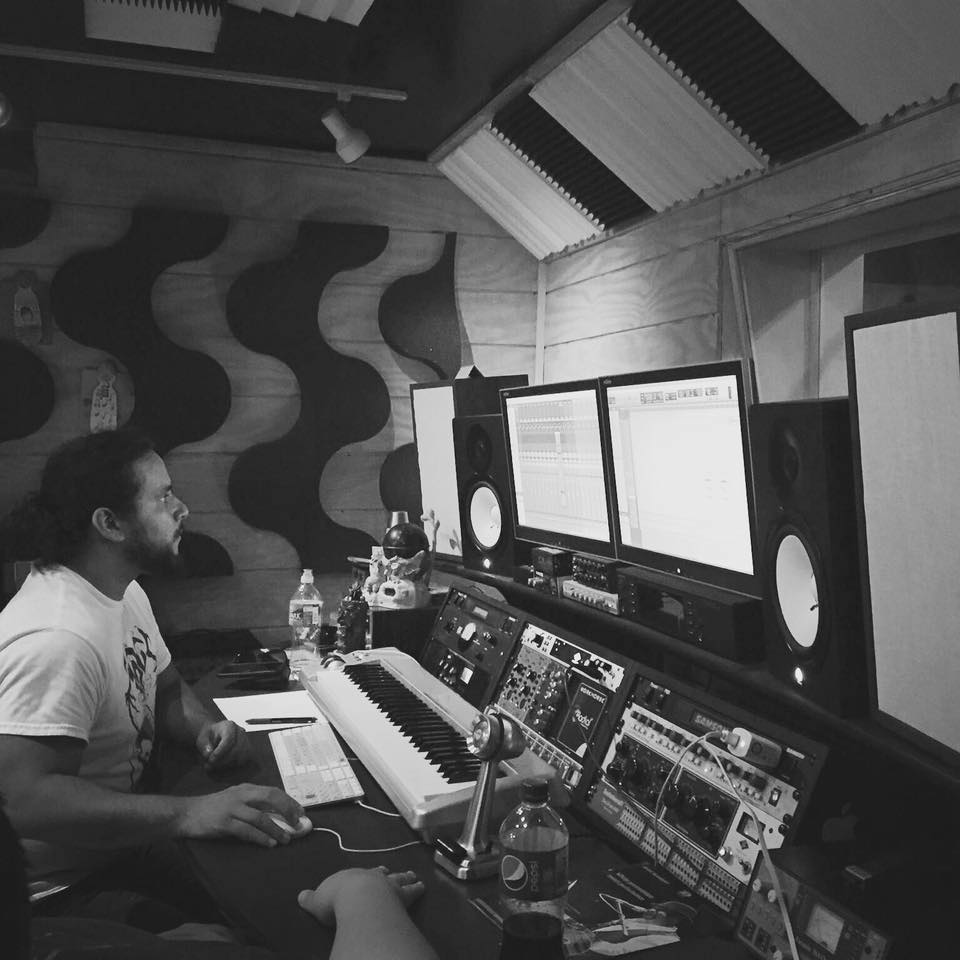 Yave Rodriguez is an Audio Engineer and assistant to Kevin Bernsten, one of the premiere Producers for metal music in the US. He is based out of the Developing Nations Recording Studio, and is known for his work with Relapse Records. Yave is also a Graduate of The Omega Studios’ School of Applied Recording Arts & Sciences.

Kevin Bersten has been working in the industry for over ten years, and is known for his work with such bands as Left for Dead (2), 100 Demons, Skeltonwitch, The Rememberables, Narrow Grave, Cult of the Throne, and many others. Yave started working with Kevin based on their mutual love of Metal / Hardcore music, as well as their Production and Engineering backgrounds.

I heard about Yave’s conquests in the Baltimore Metal and Hardcore scene, so I decided to reach out to him for an interview.

A: I have been interested in music almost all my life. When I turned 8 I asked my father to take me to the record store where I chose the Appetite for Destruction album by Guns n’ Roses the Killers album by Iron Maiden. Later, when I was 12/13, I bought with my money the Rust in Peace album by Megadeth. When I was 14 I started playing guitar.

Well before Omega, I went to school to study Sound Engineering in my country (Peru), so by the time I went to Omega I already knew the basics.

A: I studied Audio Production Techniques because I had a lapse in time where I didn’t touch any Pro Tools system. After moving to U.S.A., I had to start all over again learning English and about American culture. I felt I was getting kind of rusty with Pro Tools, but I didn’t expect that the program Omega was going to teach me all the basics (which was refreshing for my memory!). I also got training in analog and digital recording classes on real consoles like the API and SSL. That for me was a PLUS!

3: What did you do immediately after graduating from Omega?

I sent my resume to get an internship with Omega, which was cool. In those 3 months as a intern I learned a lot. At the same time I still had my day job.

4: What has your job history been like since graduating from Omega?

After finishing the internship I went to Cue Studios to get another one, but I left that in a month. I put more hours into my day job, while at the same time I started to work as Mixing and Mastering Engineer with some bands from Peru. Why? Because no body knows who I am here in USA, as my first real job as a Mixer was for a Crust Punk band from Peru called Sistemas de Aniquilacion. After that, they contacted me to do another mix for a split 7” with another Crust Punk band from Panama called Juventud Podrida. The Panamanian dudes really liked my job so they contacted me for another EP. Then the drummer told me about his side project called Atrofia. I ended up mixing and mastering that thrash metal band.

I don’t remember how, but a pop artist from Ecuador called Beto Catuta contacted me to mix and master his single. That was interesting! He made a video clip of that single and had very good feedback for it. Years later I started to help my friend in his live sound business and that’s how I met people in the local scene like Domestic Terror Productions who have at least four shows per month in the DC and northern Virginia areas. Thanks to that I worked with bands like Rat Infested (VA), Kysmet (VA), Skumboyz (Richmond), Vox Clamantis, (MD), and Sickdeer (MD). After working on an album with Sickdeer called The Wretched of the Earth, I began to have some recognition in the local scene. That album had two pretty cool reviews on dcheavymetal.com and tapewyrmmetal.com. They also had two interviews, one for the Washington City Paper. The other one was in Decibel Magazine. They mentioned me in that interview which was pretty awesome.

Now I am training to be the assistant of Kevin Bernsten on Developing Nations Recording Studio in Baltimore, who is one of best metal producers in USA. He works with Relapse Records, and produces a lot of bands like Integrity, Skeletonwitch, Full of Hell, Immortal Rites, Genocide Pact etc…,

So, I going to move to Baltimore and work with him. I also have my own clients, which is pretty fantastic!

You can find the full list of Keven Bersten’s discography here.

You can also read more about The Omega Studios’ School of Applied Recording Arts & Sciences here.

Back to Where Are They Now?