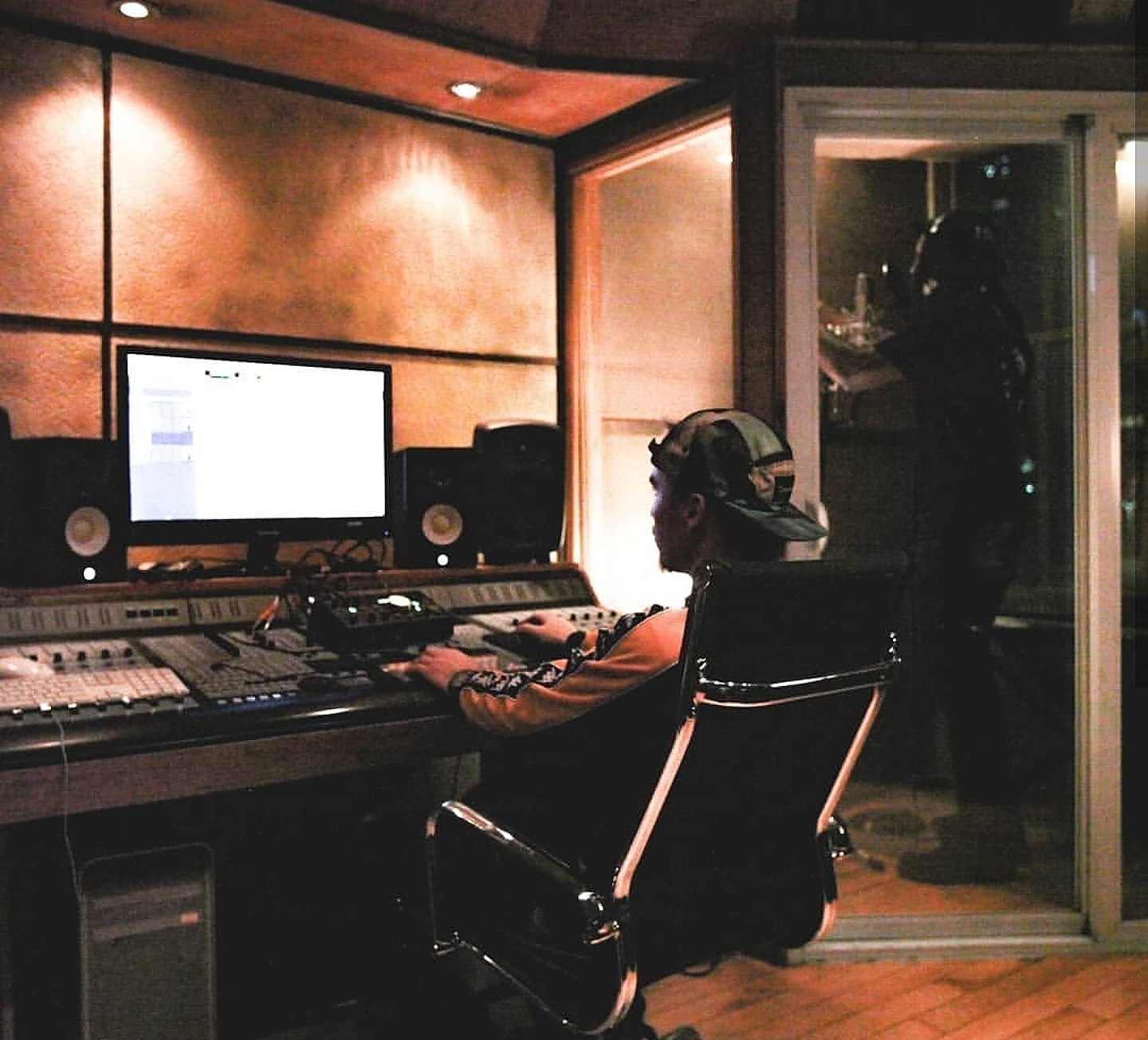 Gabriel Pearson is an Audio Engineer and Music Producer working at Lounge’s Ebony Studio in Times Square and Treble Sound Entertainment in Queens. He is an Entrepreneur and owns his own Production Company, 3rdeyesound Productions based in New York City. Gabriel Pearson is a Graduate of The Omega Studios’ School of Applied Recording Arts & Sciences.

Gabriel has been passionate about music since a young age. He started taking drum lessons at around the age of 8, and was soon playing in a variety of bands, from jazz to rock, and even DC’s own Go-Go style of music. Gabriel was always interested in doing music as a career, so after high school he decided to look into going to school for Audio Engineering.

Gabriel found The Omega Studios’ School online, and after doing research on other schools, decided that Omega would be the best fit to meet his vocational objectives. He enrolled in the twelve month-long Comprehensive Recording Industry Program, since he knew that would give him the widest range of training.

Immediately after graduating, Gabriel made trips to California and New York City for interviews with various studios. After talking with about eight different studios in New York, he landed an internship at Atlantic Records’ Lounge Studios in Times Square.

Gabriel’s first few months were spent sitting in sessions with Mixedbyblue, a Grammy-winning engineer who worked with artists such as Solange Knowles, Kendrick Lamar, and Skepta. He studied his mixes piece by piece, asking lots of questions. Gabriel helped back up, bounce, edit, and clean versions of songs as well as matching songs to the correct autotune note by ear. The owner and staff of Lounge would continue to help Gabriel develop his Engineering skills by giving him challenges as well as more autonomy.

After a few months, Gabriel wanted to take the next step towards working at his own studio. He brought up the idea that, if they bought a few new pieces of equipment, Lounge’s Ebony studio, which had been out of commission, could be used. Eventually, Lounge did what he suggested, and Gabriel started bringing in his own clients. Lounge gave Gabriel business cards and a Lounge email address so he could start networking with clients. In addition to Lounge, Gabriel also been working as a house engineer with the Brooklyn-based studio Treble Sound. Gabriel has since worked with a number of songwriters at Treble Sound.

As a part of the training Gabriel received at The Omega Studios’ School, Gabriel was also taught the skills necessary to become a Music Producer.  Gabriel has worked with artists all over the country, producing and engineering their music. Since moving to New York City, Gabriel has worked with Caskey from YMCB, skyxxx from South Florida, 458keez, Iampmuna, who was on the MTV show “Are You the One?“, and Billboard-charting soul artist Ava Raiin. Gabriel is also working on several albums with different artists, which are being released periodically. The artists, including Uniquedaartist and jon_ose, are currently independent, but working towards getting signed with a record label.

Gabriel continues to use what he was taught at Omega to build his own brand, 3rdeyesound, in New York. He has also been submitting songs and beats for new placements and working with publishing companies to place songs that he has done with Nicki Minaj‘s producer, Matthew Joshua Hall. We at Omega wish Gabriel the best of luck as he continues to pursue his passion for music.

The following is a quote from Gabriel Pearson:

“Since beginning this journey, I have realized that relationships, networking and customer service are the biggest things in this industry. Majority of all your opportunities will come through relationships. After a year spent at Lounge I started bringing clients, which on your own is very hard. Spending hours handing out cards and promoting on social media, and still you might have only one week of 10 hour sessions. The reality is there will be a lot of not fun sessions starting out, but the good days outweigh the bad ones tenfold.

When you get further in your career you’ll be able to choose who you work with. Having to balance your music career with other forms of income (it can be all related to music) is key. I just wanted to give students a little taste of the struggle before I give them the positive things that have happened. This is a job you must do for the love of it, not just for the money.”

Choose from the following to learn more: