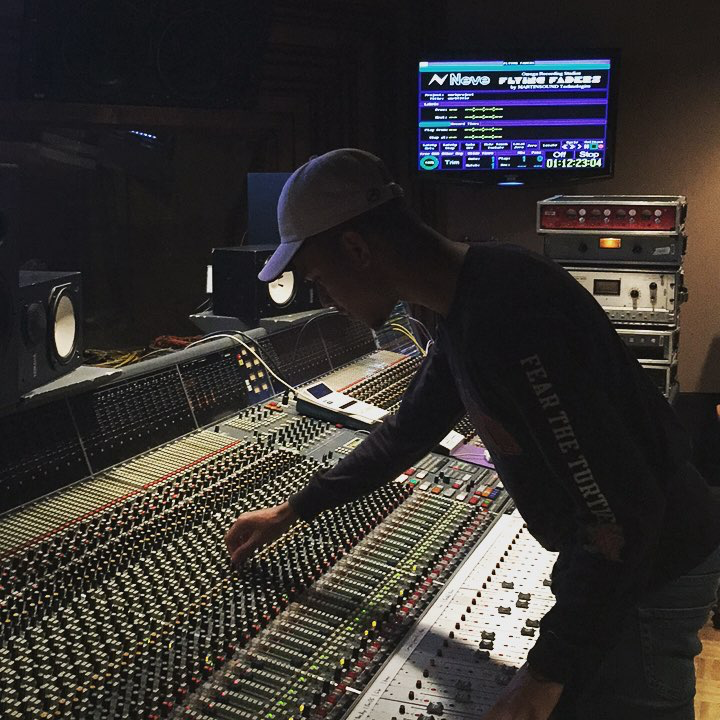 Austin Ficklin is a professional Audio Engineer working at Astro Studios in Atlanta, Georgia. He is also a graduate of  The Omega Studios’ School of Applied Recording Arts & Sciences in Rockville, Maryland.

Austin’s journey to becoming a professional in the Music Industry started when he was very young. He grew up around music, so a passion for music came naturally to him. His Uncle was the head of the Audio Visual Ministry at his church, and Austin got to see the process of mixing sound for a live application. Seeing the control room of the church, with all of the equipment, sparked Austin’s interest. Austin’s Uncle was also the touring Live Sound Engineer for Earth, Wind, and Fire‘s road team, and he was able to talk to Austin about his experiences doing sound for a famous band. Having someone like his Uncle around piqued Austin’s interest in pursuing professional Audio Engineering as a career.

After high school, Austin was finally at a point where he was ready to start pursuing a career in the Music Industry. He had also just finished a dead-end summer job, which further solidified his drive to pursue something he was truly passionate about. He knew from watching his Uncle that Audio Engineering is an advanced technical skill, so Austin starting thinking about getting formal training in order to prepare him for a career. After looking around the Washington, D.C. area at different schools, Austin wasn’t 100% sure about which one he wanted to attend. It was at that point that he heard and Omega Graduate talking about the program on the radio. It sounded exactly like what Austin was looking for, so he decided to reach out to a Graduate and ask them about their experiences at Omega. Austin reached out to Omega Graduate Tyrone Johnson, and Tyrone left Austin confident that Omega would give him what he was looking for. Austin settled on Omega, and began to research the different Career Programs that Omega offered.

Austin wanted to get training in a wide spectrum of skills, so he enrolled in The Comprehensive Recording Industry Program in October of 2016. During his time at Omega, he continued to work on his own music, and began an internship at Wreck The System Recordings in Riverdale, MD. Austin graduated from the program in October 2017, and he continued to intern at Wreck The System. At this point, Austin decided to reach out to another Uncle of his who was an Audio Engineer and Producer in Altanta, Georgia. His Uncle gave Austin some insight into the Atlanta music scene, and Austin decided to move to Atlanta in January of 2018.

Austin now works as an Assistant Engineer at Astro Studios, a three-room Recording Studio located in Midtown Atlanta where he continues to pursue his passion for music.

We at Omega would like to thank Austin for taking the time to speak with us about his experiences and journey towards becoming a professional Audio Engineer. Please follow the links below for additional information.