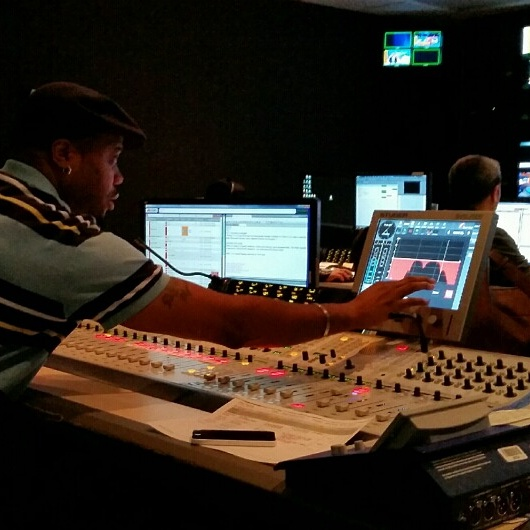 Donzell Broadnax, Jr. is a Broadcast Audio Engineer for CGTN America in Washington, D.C.. In 2014, he was one of sixteen students selected to participate in the coveted NABEF Technology Apprenticeship Program. Donzell is also a Graduate of The Omega Studios’ School of Applied Recording Arts & Sciences in Rockville, MD.

Our Director of Job Placement, Robert Scott Adams, recommended Donzell as a candidate for our “Where Are They Now?” blog series based on his accomplishments. I wanted to reach out to him in regards to his journey from being a Student at The Omega Studios’ School to becoming a Broadcast Engineer working in the industry. Below are the questions and answers from our interview:

A: I was an Electrician and later became a Project Manager for government construction projects. Well my interest in music started around 6 or 7 years old. I was born in Pontiac, Michigan which is part of the Metropolitan Detroit area and artist from the Motown era was always on the record player. My dad had rows upon rows of albums from various artist and I would just sit and listen to his collection by myself for hours at a time. I found myself not only listening to the songs as a whole, but amazed by the science behind how it sounded. Even though I didn’t know there was one at that young age, but I just love how the records sounded the way they did.

Fast forward past my collegiate days and playing football, in 1997 my mom married a musician in Flint, Michigan. He Played bass, electric guitar and also keyboard. He had an Esoniq TS-10 Synthesizer and I would just play around with it at first because I didn’t know how to play an instrument or what all the buttons and the terminology meant. After awhile I started to really desire to learn what I was looking at and I picked up the manual and read. And for the younger folks, there was no internet at that time to find a YouTube channel to watch someone else show you step by step. I had to learn it the hard way by reading and making mistakes. Fast forward again about a year later and was signed to a development deal for a independent label in Flint, Michigan as an Hip-Hop Artist/Producer. While I was there I gained some industry experience and knowledge from other producers and artist that were on the label. I was first introduced to midi, sampling, recording to tape (ADAT), song arrangement, dynamic, frequency, and time based processing and much more. I would record local clients and assist in production during the session. I was able to record my first demo album and before it was able to be mixed and mastered, the label went under. On a good note, I did get to keep my master recordings.

Q: How did you become introduced to Omega?

A: I first heard of Omega when I saw their television ad. By this time I was looking to learn properly how to engineer music and I also was looking at full sail along with some other local places. I kept looking at Omega’s website and looking at what they were offering as far as courses and still was undecided. Then I decided to go to the Open House and see first hand and before it was over I knew I wanted to be taught by Omega.

Q: What did you study at Omega?

A: I took every course that was offered. I took the Comprehensive Recording Industry Program and the Audio Engineering for Film and Television Program. I’m glad I did because attending Omega exposed me. I thought I knew a lot especially because I had been on a label and was doing well with what I was doing with my music, I thought this was going to be a breeze. By the first month of learning from the instructors and diving into the course material, I realized I didn’t know much! There was a plethora of technical knowledge and know how that I just did not have because up until then I was not exposed to. When Omega says comprehensive… believe me it is comprehensive.

A: I actually began applying my knowledge months before I graduated. I began engineering songs for an independent label in Woodbrige, VA for their featured artists. I was also accepted in to the NABEF (National Association of Broadcasters Education Foundation) Technology Apprenticeship Program which was a 6 month program fully paid for. During this apprenticeship, I was able to apply my audio knowledge while also gaining new industry knowledge pertaining to broadcasting. I’ve attended workshops in Las Vegas for a week which was paid for, and began a paid internship with WHUR 96.3FM and received knowledge and training from the stations Broadcast Engineer. My last internship with NABEF, I had the opportunity to shadow engineers from NEP and see the behind the scenes setup of the ENG trucks, and experienced the live broadcasting of the Washington Redskins Monday Night NFL football game with ESPN. And actually, I have to give Robert Adams, the Director of Job Placement, credit for me having all of these opportunities. He would keep my inbox full of job opportunities and he definitely encouraged me to apply for the NABEF even though that wasn’t on my radar at that time. But I am so thankful that he did. I also was hired by the Maryland-National Capital Park and Planning Commission where I developed the curriculum for the Desktop Music Production Summer Camp Program at the Southern Region Technology Recreational Center in Ft. Washington, MD. I was one of the camp instructors as well as an Audio Engineer for the recording studio.

A: I am currently employed by CGTN which is a multi media broadcasting news network. We have broadcasting hubs in Nairobi, Beijing, and in Washington D.C. Our programming is seen in over 270 million homes wold wide. I am one of 4 full-time Audio Engineers in D.C and some of my job duties include inspecting and maintaining IFB’s and wireless microphones transmitters and receivers, fixing any audio frequency and dynamic audio issues (quickly) and mixing all other audio elements according to the producers scripted live show rundown. Did I mention that this is live so there are no undo buttons or ctrl/cmd z options in this business. LOL!

We would like to take this opportunity to thank Donzell for taking the time to speak with us. We would also like to congratulate him on his accomplishments and success in the Audio Industry. If you would like to learn more, please follow the links below: 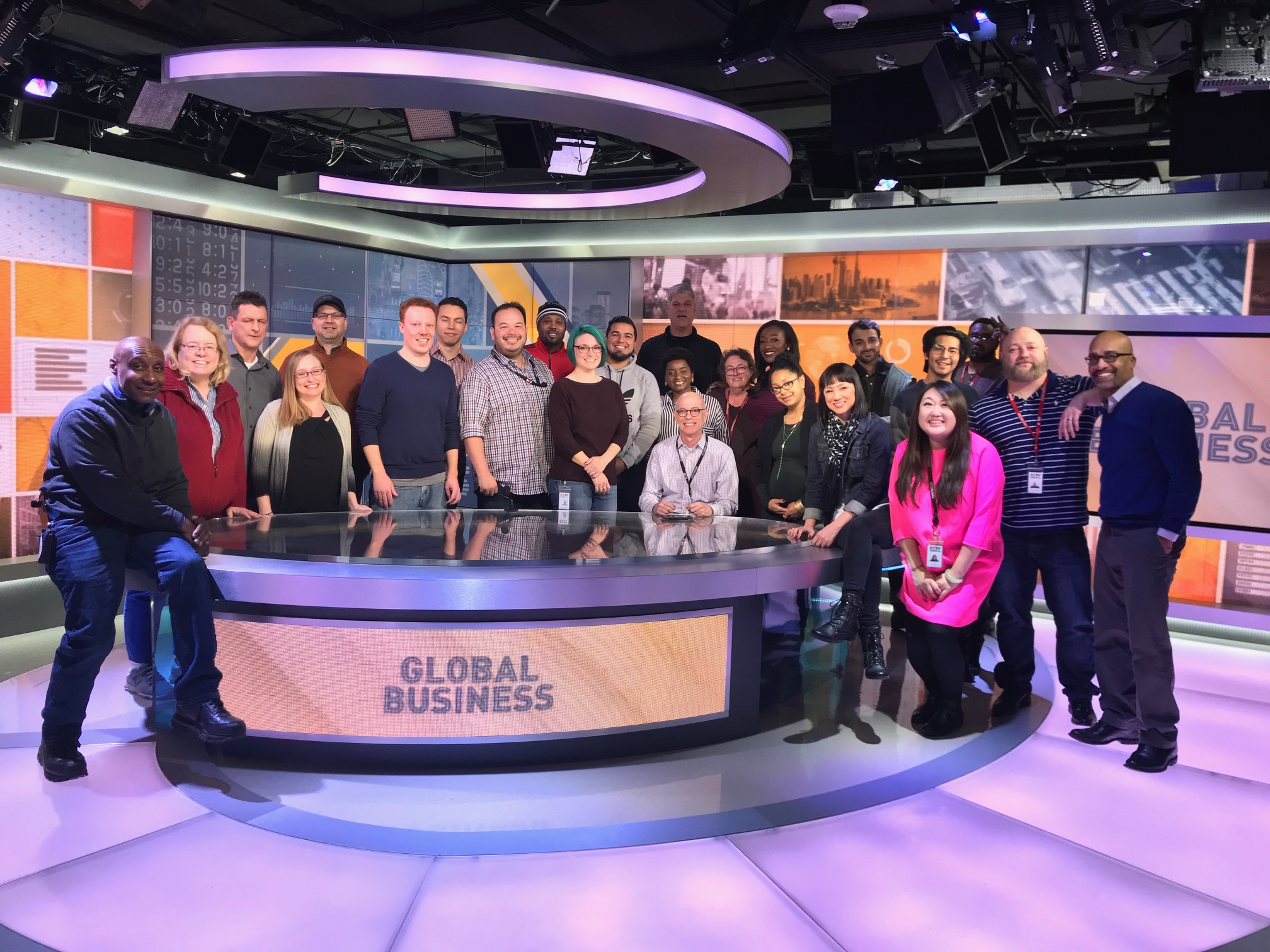