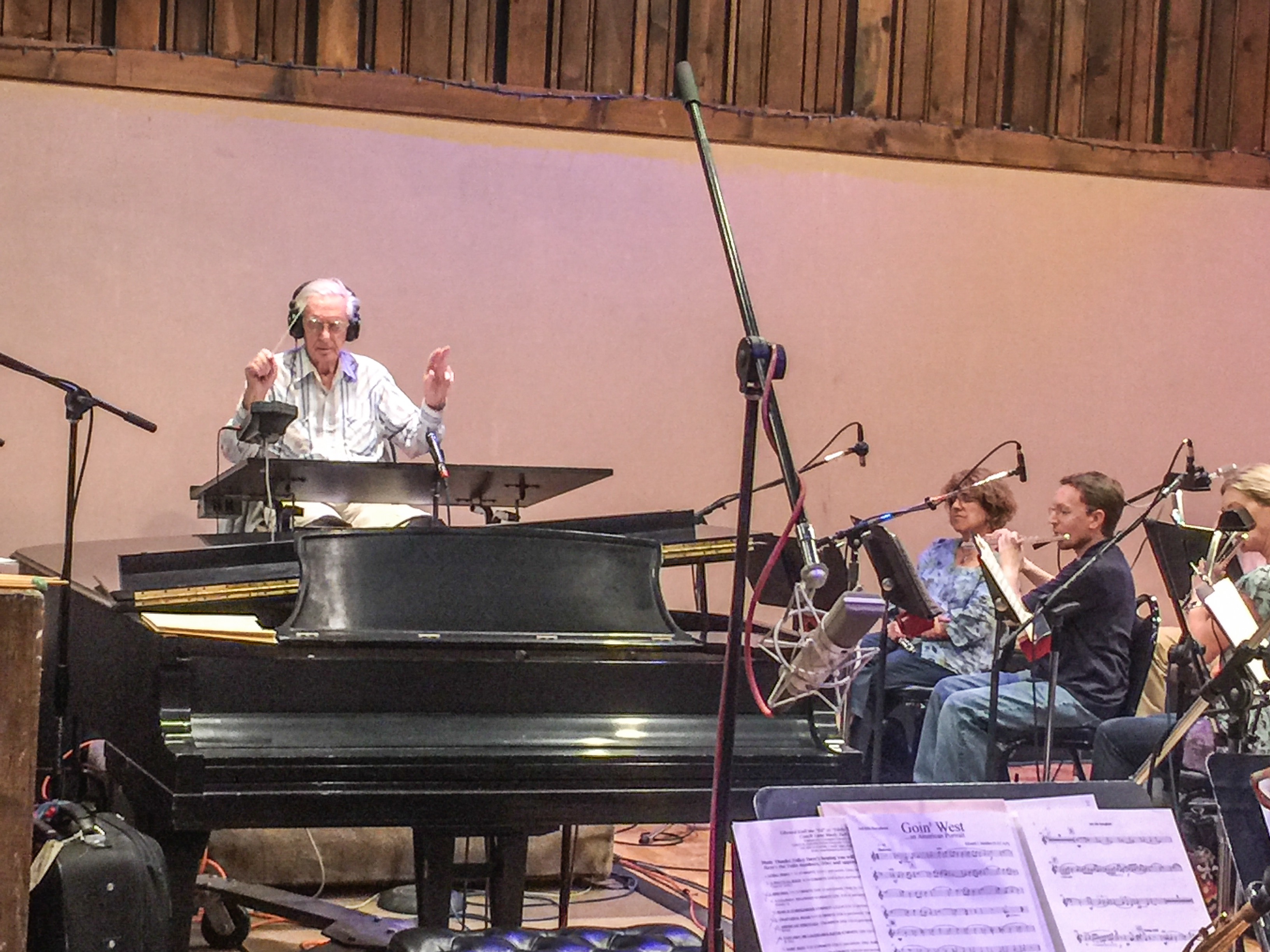 On June 5th & 6th 2017, Composer/Arranger/Conductor Edward J. Madden stopped by Omega Recording Studios in Rockville, MD. Ed wanted to conduct recordings of his best works with The Washington Winds, and Omega Studios’ Studio A is perfectly set up to accommodate large ensembles. More than that, though, we are proud to have once again hosted talented musical individuals such as Ed and the Washington Winds.

Ed is a legendary Boston free lance trombone and piano artist he has performed with the orchestras of the Shubert, 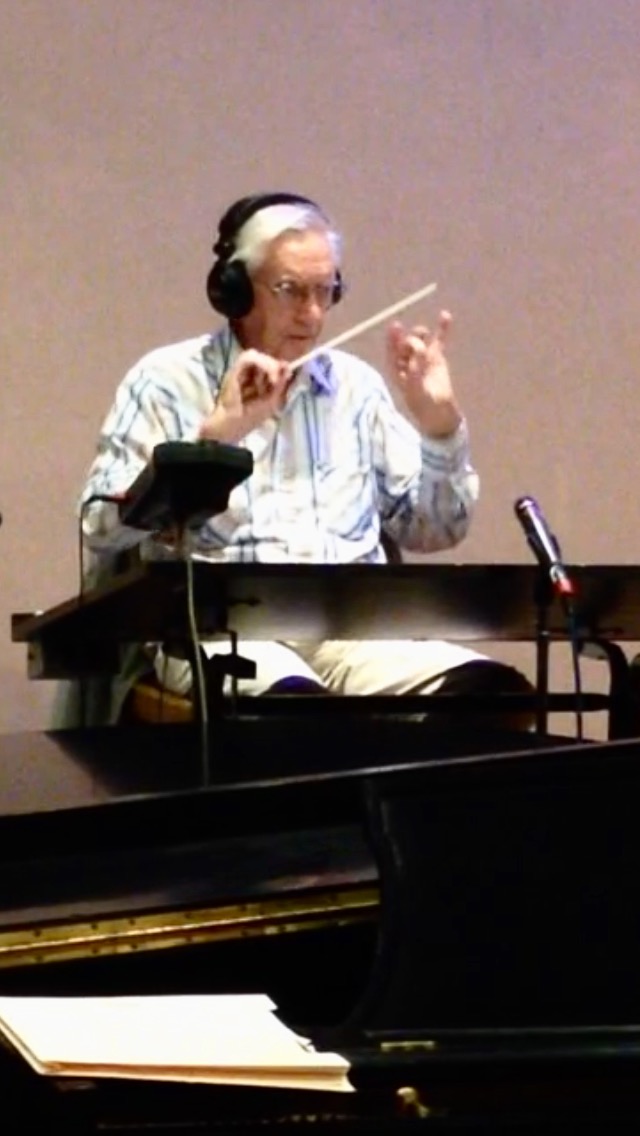 Colonial, and Wang Center Theatres, the Ice Capades, Ice Follies, and even the Ringling Bros. Circus Band. Ed has been composing and arranging music for decades. His first work for concert band, A Colonial Rhapsody, published in 1957, is still used by school, community, and All State band programs. His works can also be heard today at events such as the Rose Bowl, Fiesta Bowl, and New York’s Saint Patrick’s Day Parade.

Ed came to Omega last week because he wanted to record some of his favorite compositions with a particularly skilled ensemble such as the Washington Winds. He also wanted to work with Omega because he knew that our large recording room and the sonic qualities of our Neve V/R 60 console would suit his creative and technical vision. The combination of skilled conducting, tight playing, and knowledgeable audio engineering proved to be a recipe for success. Ed was able to finish all of his recording in two days.

Back to our Studios page. 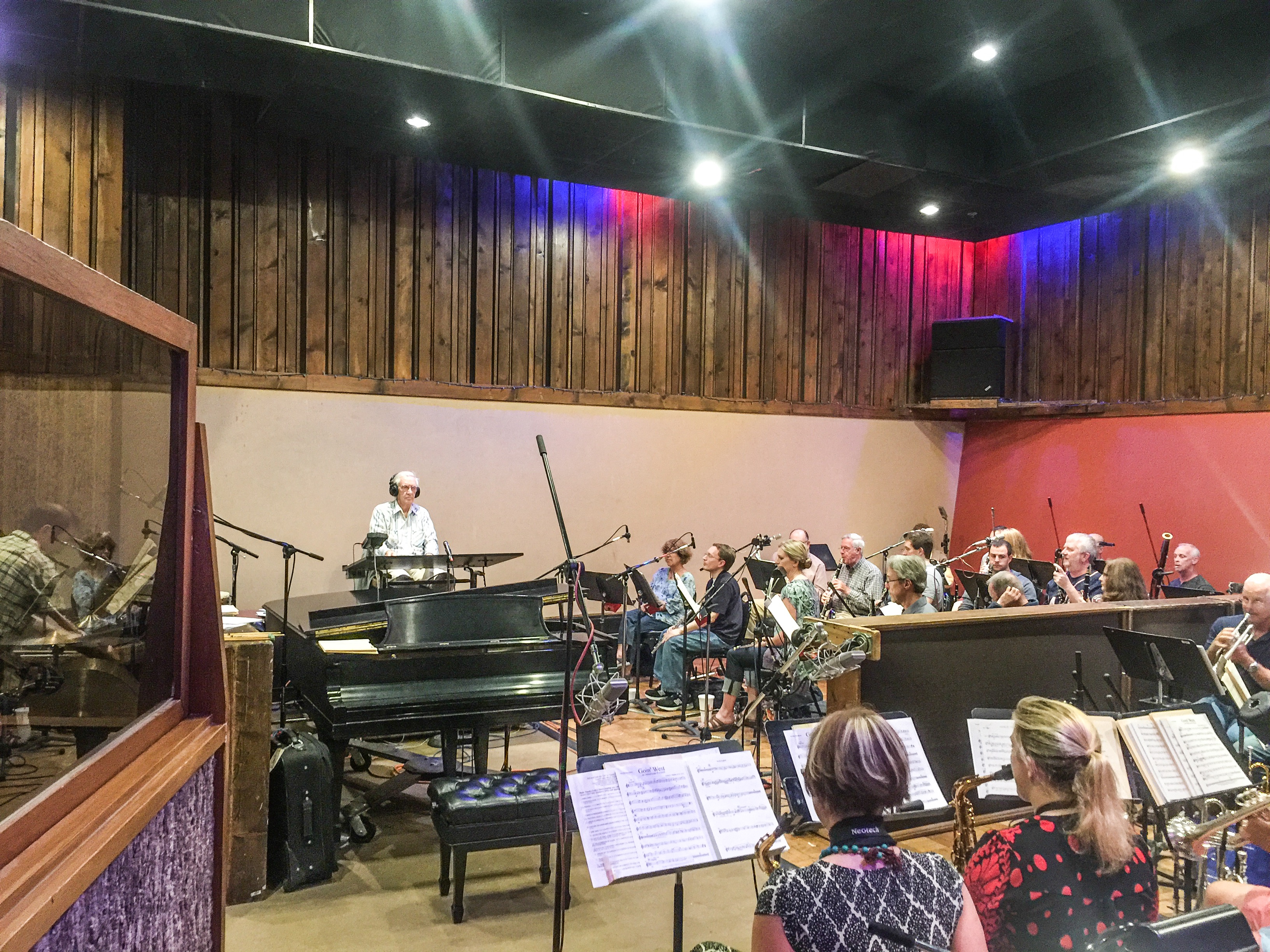