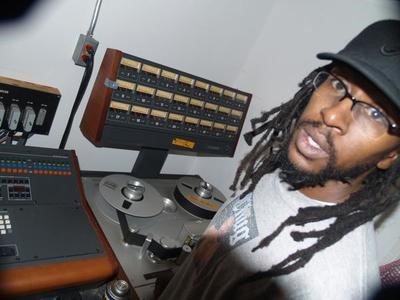 Sean Davis is one of those people you hear about in intro classes. Like a shooting star, people with this much talent are only seen once in a great while. Not only is Sean a Multi-Platinum recording artist, he is a Hollywood actor and entrepreneur of a hugely successful catering company. Sean might be larger than life now, but his roots start right here in Washington D.C., at Omega Studios’ School.

In 1992, Shyboy graduated from the Omega Studios School. He developed his love for music and technology, as well as other media such as film. After graduating, in an amazing stroke of luck, Sean was picked up by LaFace Records to work on the new Outkast single; “Players Ball”. As “Players Ball” rose to become number one on the US Rap Charts, Sean Rose with it. In 1994, Sean went on to record with four different studios, including Eastwest, Atlantic, and MCA. As the years went on, Sean would continue to work with many major record labels. However, 1994 is the year that Sean truly started honing in on his other interests as well.

Sean was approached to be an actor in The Neverending Story III, which he gladly accepted. His performance in that film sparked a life-long love for acting, and he would appear in other films such as “Cadillac Records” (2008) and “Battle Los Angeles” (2011). In “Cadillac Records”, Sean actually played a character who was an audio engineer, seemingly filling out two dreams at once. Beyoncé Knowles and Mos Def also appeared in the film. Sean Davis’s journey from the Omega Studios’ School to being an actual Hollywood actor seemed too good to be true. However, Sean’s success would not stop there.

In 2012, Sean worked with Frenchy’s Film Catering while he was on set for one of his films. Sean decided that he wanted to get into cooking, as well. Omega Studios’ School Business program lent him the tools he needed to get into Frenchy’s and become an Assistant Chef. Since then, Sean has been helping to cater some of Hollywood’s biggest films. His education also helped him found his own entertainment company, ShyBoy Entertainment, which he founded shortly after leaving Omega Recording Studios.

Sean has been successful in three different fields, traveled all over the world, and worked with many different famous artists and films. His hands have been in many successful businesses as well. Sean “Shyboy” Davis is a great example of someone who, with the right education and training, can become anything and everything they want.