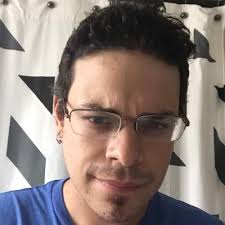 Pedro Pablo Seminario has always had a soft spot for games. Ever since he was a teenager, he has fascinated by the blips and chirps of 8 bit video games. Now, Pedro is the lead sound designer for the largest PC gaming company in the world: Blizzard Entertainment. But Pedro’s journey had much more humble beginnings, right here at The Omega Studios’ School of Applied Recording Arts and Sciences.

In 2003, Pedro graduated from The Omega Studios’ School, where he went on to work for Midway Games in Chicago, Illinois. There, he worked on games such as Area 51, which went on to become very successful on the PC, Xbox 360, and PS3 consoles. After Midway, Pablo found himself wanting to expand his creative repertoire. He went to work for NCSoft, a game design company, where he created sounds for games like Dungeon Runners. While he worked on Dungeon Runners, he developed a love for the Fantasy genre of gaming, which would stay with him for the rest of his career. Pedro wanted to push his career in the Fantasy Game direction, so he ended up working with Vigil Games, where he ended up working on one of his most successful games: Darksiders. However, Pedro’s career was far from at it’s apex. Soon, he would go on to work for one of the most successful entertainment companies ever.

After the success of Darksiders, Pedro found himself being scouted by Blizzard Entertainment. Blizzard is known for games such as World of Warcraft, the most successful game of all time, Starcraft, and Diablo. In 2010, Blizzard invited Pablo to be the Lead Sound Designer for their upcoming game, “Heroes of the Storm“. Pablo continues to work with Blizzard, and he continues to be successful. Thanks to his training in Audio Engineering at Omega Studios’ School, Pablo had been able to pursue his career to it’s fullest potential.