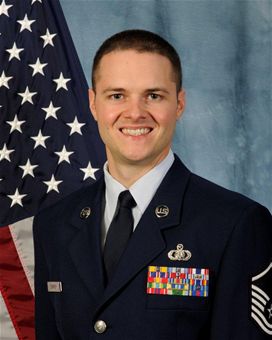 Master Sergeant Adam Dempsey is a graduate of The Omega Studios’ School Of Applied Recording Arts & Sciences, as well as the Superintendent of USAF Band Productions. Adam has gotten to do what most Audio Engineers only dream of. He was given the opportunity to travel around the world with the Air Force Band, as well as a variety of other service bands. Adam continues to support the troops abroad and at home by doing front of house (FOH) audio for USO shows and service bands. Adam was also called to duty to support musical groups during Operations Enduring Freedom and Iraqi Freedom. Adam has had a long and successful career, from graduating from The Omega Studios’ School Of Applied Recording Arts & Sciences to becoming the Superintendent of USAF Band Productions. Adam’s career had to start somewhere, and his first steps towards success were those he took when he stepped through the doors of Omega.

Adam, by his own merit, climbed the ladder of success until he reached the top, but his journey had humble beginnings. Adam has had a passion for music since he was very young, and playing the clarinet was something he had done for many years. It only seemed natural that Adam would want to continue that passion with his education, and The Omega Studios School fit the M.O. After graduating in 2001, Adam would continue to work at Omega Studios as a Staff Engineer and Instructor, where he would teach classes in MIDI, ProTools, and Audio Production Techniques. After his time at Omega, Adam felt the call of duty and responded to a direct procurement call for an Audio Engineer for the Air Force Band. After auditioning, he was assigned to a field band in Robins Air Force Base, Georgia. After a successful 6 months, Adam was invited to work on a large sound gig for the Air Force band in Washington, D.C.. The event was so successful, that the Air Force band hired him on as an Audio Engineer specializing in FOH, Lighting Design, and Intelligent Lighting Fixture Operation. For the next 5 years, Adam’s career would continue grow and develop into what Adam wanted it to be. He would continue to work with the USAF Band across the U.S. and in Iraq until his next big break.

Adam’s ascent up the ladder of success wouldn’t stop there. In 2006, Adam was offered the position of Chief Audio engineer for the Air Force Band. Over the next few years, he would get the chance to work with artists such as Hootie and the Blowfish, Blues Traveler, Joey DeFrancesco, The New York Voices, Al Jarreau, and many U.S. Service Bands including The Airmen of Note, the Concert Band and Singing Sergeants, The String Orchestra and Ceremonial Brass Bands, and the pop/rock group Max Impact. Since Adam has gotten the chance to work with so many different and esteemed groups, he was offered the position of Superintendent of USAF Band Productions. As superintendent, Adam would get a chance to work with every aspect performance in the Air Force and USO shows.

Once again, Adam Dempsey’s career has taken a positive turn. After 10 years of success with the U.S. Air Force Band, Adam continues to follow his dreams of being an Audio Engineer. Ever since he graduated from The Omega Studios School, Adam’s career has only grown and continues to do so to this day.