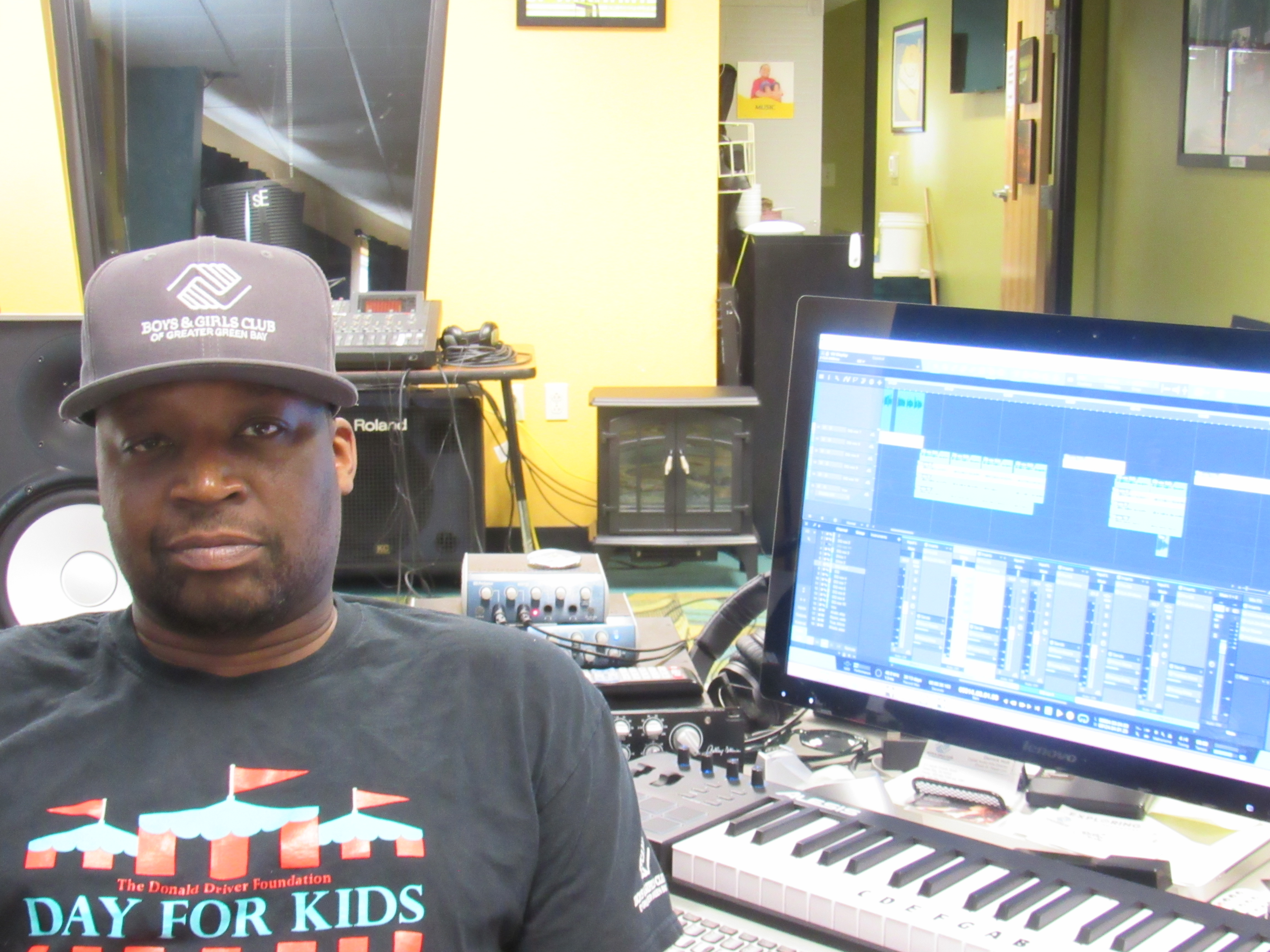 Derrick Holt is the Director of Digital Audio Arts for the Boys & Girls Club of Greater Green Bay. Derrick is responsible for developing programs for tweens and teens (10-17) that expose them to the world of digital audio recording. Through his experience as a Recording and Studio Engineer, he has helped create an positive learning environment for youth in Green Bay. Derrick is also a Graduate of The Omega Studios’ School of Applied Recording Arts & Sciences.

I got a chance to interview Derrick, where I asked him about his career path and experiences.

Q: What did you do before Omega / When did you become interested in music?

A: I am a graduate of the University of Wisconsin Business School, a Finance/Real Estate/Management & HR triple major. I was working as an accountant for a downtown DC real estate developer, bouncing at a UMD bar, and running a studio in Hyattsville with a buddy before enrolling in Omega. My buddy had gone through the Production Program at Omega, and we were getting our most recent project mixed at Omega on Thursday nights by former Omega Staff Engineer/Instructor and DC Hip Hop legend, Priest The Nomad. My interest in music started during childhood. I wrote my first song in 8th grade and started recording & performing with friends in college.

A: Recording, Engineering, & Studio Techniques was my course of study, and I really enjoyed the tricks of the trade or stories that the instructors shared with us. When Priest (Larry Ware) showed us the 40hz tone trick on the SSL or Danny talked about working with Miles Davis.

A: After graduating in 2007 I continued accounting and bouncing work as well as engineering in the freelance studio we ran in Maryland.

Q: What has your job history been like since graduating from Omega? What do you do now?

A: I was fired in 2008 from my accounting job during the economic downturn. I interned at Omega in 2009 and began freelancing more seriously. I moved to Oakland, CA in 2011 where I was contracting with teen centers to teach kids and staff as well as mentor their studio managers. While in Oakland, I was also building a nonprofit that would travel to detention centers, schools, teen centers, etc and provide music production/DJ lessons for youth.

I received a call from the Boys and Girls Club of Greater Green Bay about an open position. Director of Digital Audio Arts is a teaching artist and curriculum building position inside of a national Youth Arts Initiative being piloted in only 3 cities. I moved to Green Bay in 2015. I run the studio, determine programming for skills building sessions, control the departmental budget and buy equipment as I see fit thanks to the generous support of The Wallace Foundation. We have done a class “Demo Tape”, soundtrack/scoring, podcasts, audio books, and several solo musical projects. The kids have performed regularly at the University of Wisconsin, in Downtown Green Bay in front of the Mayor, the news, and their community. We are exposing them to the digital arts(music/graphics/video/dance) & technology while building 21st century workforce skills in our young artists! We field trip to professional recording studios, colleges and universities with applicable major programs, and pro audio professionals and the businesses they run. I love my job and my little artists. We are only in 3 cities now, but because of our hard work we will be rolling out to 20 or so sites in the next couple of years.

I am also becoming more involved in helping grow the arts community in Green Bay where Mosaic Inc has approached me to be on their board. I am fortunate to be joining the Program Advisory committee at Northeast Wisconsin Technical College. I am also working with the Green Bay and Madison, WI public school boards to help incorporate HipHop into their classrooms. Last but not least Wisconsin Public TV and the UW School of Education approached me and other artists/teachers to help them build statewide youth programming for media arts. I couldn’t have done all of this without Omega. Please check out my kids’ work on Soundcloud. Thanks!

You can read more about the Boys And Girls Club of Greater Green Bay here.