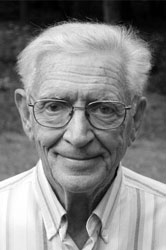 “I’ve had some great performances of my band music over the years,” said composer Edward Madden, “but I’ve rarely been able to get a good recording.”

Ed has spent a lifetime writing music. A Colonial Rhapsody, Ed’s initial composition for band, was published by Edwin B Marks Music in 1957 and has become a classic in the band world. It is still performed today by school, community and honors bands. That piece was followed by more than 50 additional major works for band, as well as choral and orchestra compositions and hundreds of commercial arrangements. He also has been commissioned to write more than 400 marching band titles by major university bands including Arizona State, Clemson and Harvard University, among others.

“But when I heard the Washington Winds recordings on Walking Frog Records I knew I had found the source for high quality. They had the right combination of good musicianship and state of the art technology. Their recordings are terrific!” 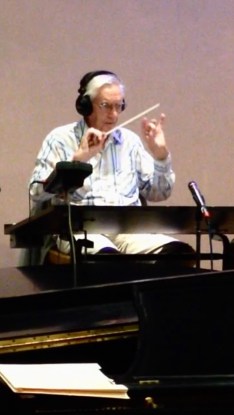 So in June, Ed and his wife Kathy traveled to Omega Recording Studios in Rockville Maryland to work with the Washington Winds. With the composer conducting, they recorded thirteen major works in just two days, and the entire production was completed in less than a week, including recording, mixing, editing and mastering. “The musicians were amazing. It is unquestionably the best band I ever worked with. And the studio staff was very impressive. They really know how to record big instrumental groups. The sessions were extraordinarily efficient, and the music sounds great!”

Ed’s entire catalog of band music is still in print and available for performing ensembles from Coach Lane Music Publishing. You can learn more about Ed and his music at www.coachlanemusic.com.

Read more about our Studio here.