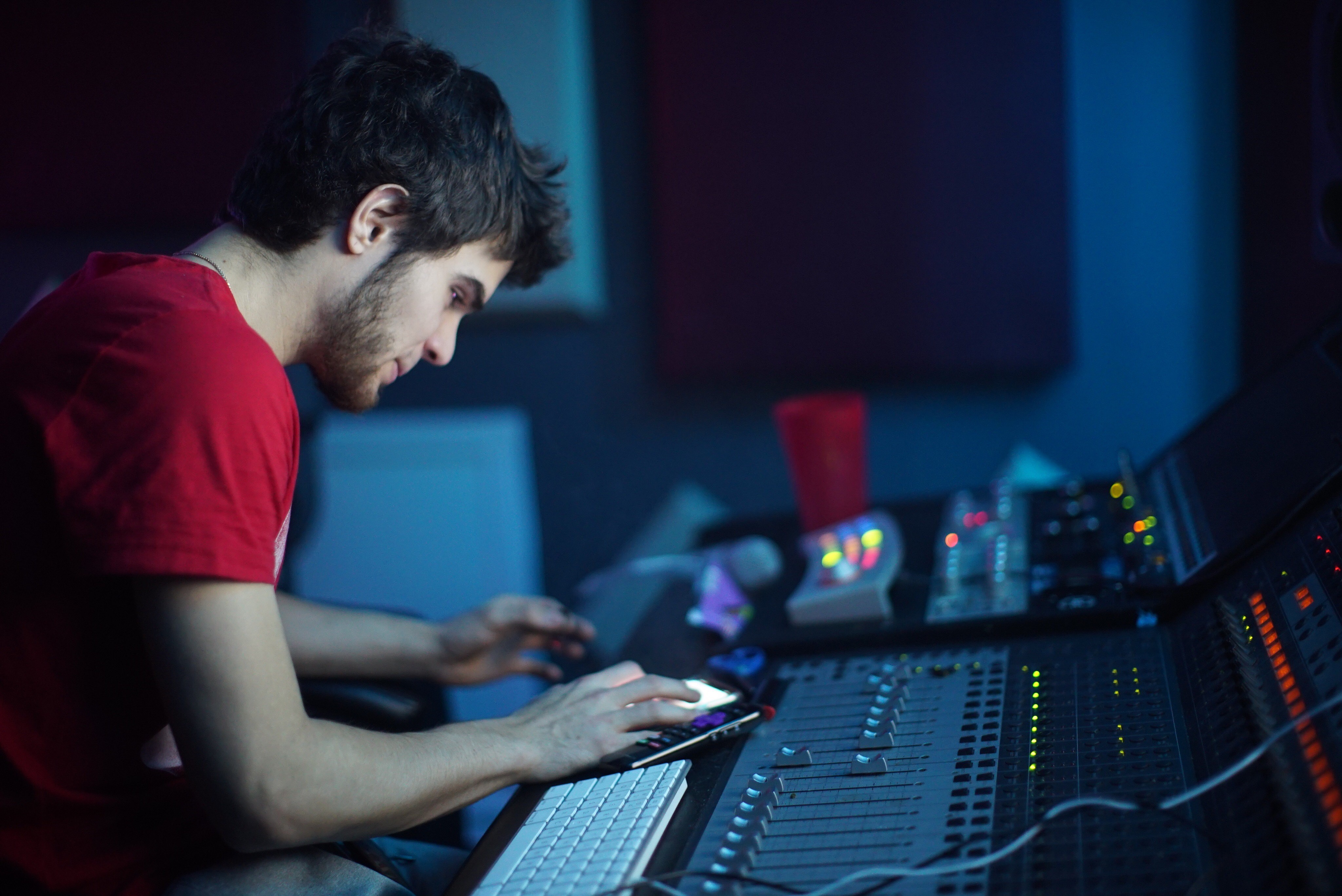 The Audio Engineering for the Music Industry program provides training in every aspect of audio engineering for the music industry. It prepares students for careers as recording engineers, live sound engineers, record producers, and a wide variety of other music industry positions where thorough training in audio and an understanding of recording technology is essential. By utilizing all of the Component programs in their entirety (which are described in detail here) this program provides students with the depth of knowledge and the wide variety of skills required for success in today’s music industry.

As an Audio Engineering for the Music Industry student, you will start with the basic physics of sound, and progress through the theory and practice of analog and digital recording, mixing, operation of large format recording consoles, signal processing, microphones, multi-system synchronization, and all other technologies of twenty-first century recording. You will master the theory, operation and programming of synthesizers, samplers and sequencers for electronic music production, with applications for both recording and live performance. You will apply this knowledge and skill to the creation of recorded audio products through the editing and manipulation of sonic elements, and acquire in-depth training in digital technologies, including training in ProTools. You will also apply these same skills to sound reinforcement for live musical performances, including concert, theater and festival applications. And you will gain the industry knowledge, key legal concepts, and business practices and customs essential for building a successful career in music, recording and broadcasting. Upon completion, you can also receive Avid ProTools Certification in Music Production.

Jobs in the music industry are constantly evolving and changing as technologies become more powerful and cross over into new areas of music production. Tasks that once were divided among several engineers are now increasingly handled by a single, more qualified individual. For instance, MIDI has become a record production tool in every style of music, as well as in live sound reinforcement. Digital audio has become a major factor in electronic techno-music production. Producers are combining analog and digital recording to achieve higher quality and unique sounds. As the different disciplines in the music industry continue to become mixed and combined, our students are especially successful, thanks to the “cross-platform” training they receive in the Audio Engineering for the Music Industry program.

Omega’s industry-leading program combines just the right mix of classroom instruction and hands-on experience, using the same analog and digital equipment used by professionals today. And since your instructors are actually professional recording engineers themselves, you will acquire skills that just can’t be learned from a book, such as studio etiquette and discipline. Graduates of the Audio Engineering for the Music Industry program have the training and knowledge to make them exceptionally qualified candidates for successful music industry careers. 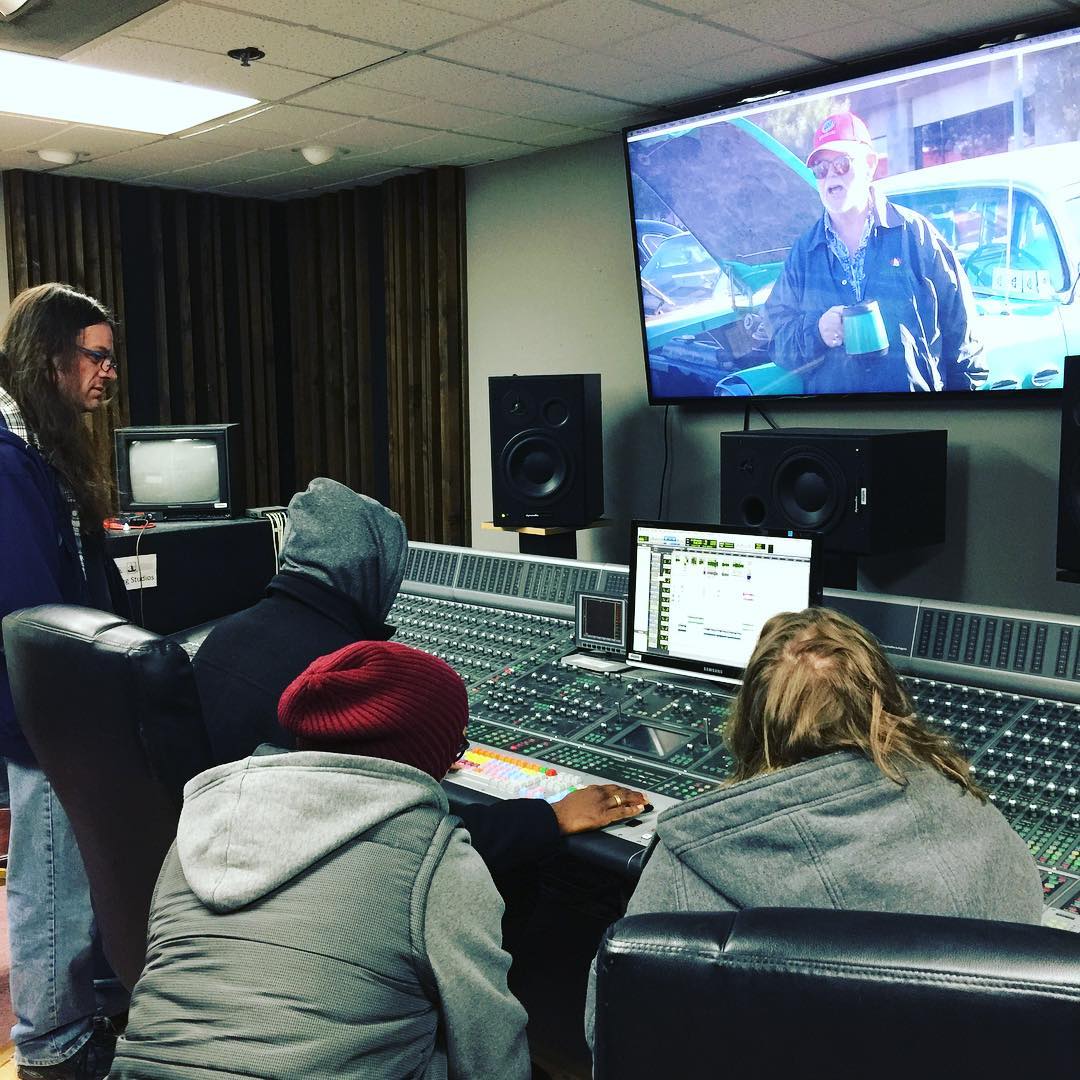 The Audio Engineering for Film and Television program prepares students for careers as recording engineers in the television and motion picture industries. This program utilizes three of the Component programs (Recording Engineering and Studio Techniques; Electronic Music, Synthesizers and MIDI and Audio Production Techniques, which are described in detail here) to train students in the fundamental concepts and abilities shared by all areas of audio engineering. Students then receive an additional 138 hours of specialized education and training in the areas of engineering unique to the preparation of sound tracks for feature films and television programs. The result is a highly trained audio engineer, qualified in the very latest concepts and methods used throughout the movie industry. As an Audio Engineering for Film and Television student, you will receive hands-on training, using the actual equipment you will encounter in major movie and television studios through-out the world.

From pre-production storyboards to the final audio lay-back, you will experience every aspect of audio production for movie sound tracks. You will learn the special skills and techniques of location sound, capturing the live audio and dialog from actors on the movie set while maintaining synchronization with the film, as well as capturing location effects and ambient sound, and incorporating these elements into the final product. You will apply fundamental skills learned in the Component programs to recording the film score, including preparation of audio/visual cues for the conductor and musicians, and mastering sophisticated systems used throughout the movie industry to maintain perfect synchronization of the music to the film during the live recording. Beginning with the initial spotting session, you will perform every re-recording and post-production task, including assembly of temp music tracks, ADR (automated dialog replacement), Foley recording, and the editing and assembly of sound effects from libraries. And finally, you will mix all of these ingredients in the Dubbing Session, using the multi-operator Icon console, blending the dialog, music and sound effects into the final sound track according to the instructions from the film’s directors.

Upon successful completion of this program you can also receive Avid ProTools Certification in Audio Post-production for Film and Video. You will have acquired the training necessary to be a highly skilled engineer, experienced and capable of handling any aspect of audio in the production of movies and television programs. Graduates of the Audio Engineering for Film and Television program have the training and knowledge to make them exceptionally qualified candidates for successful careers in the television and motion picture industries. 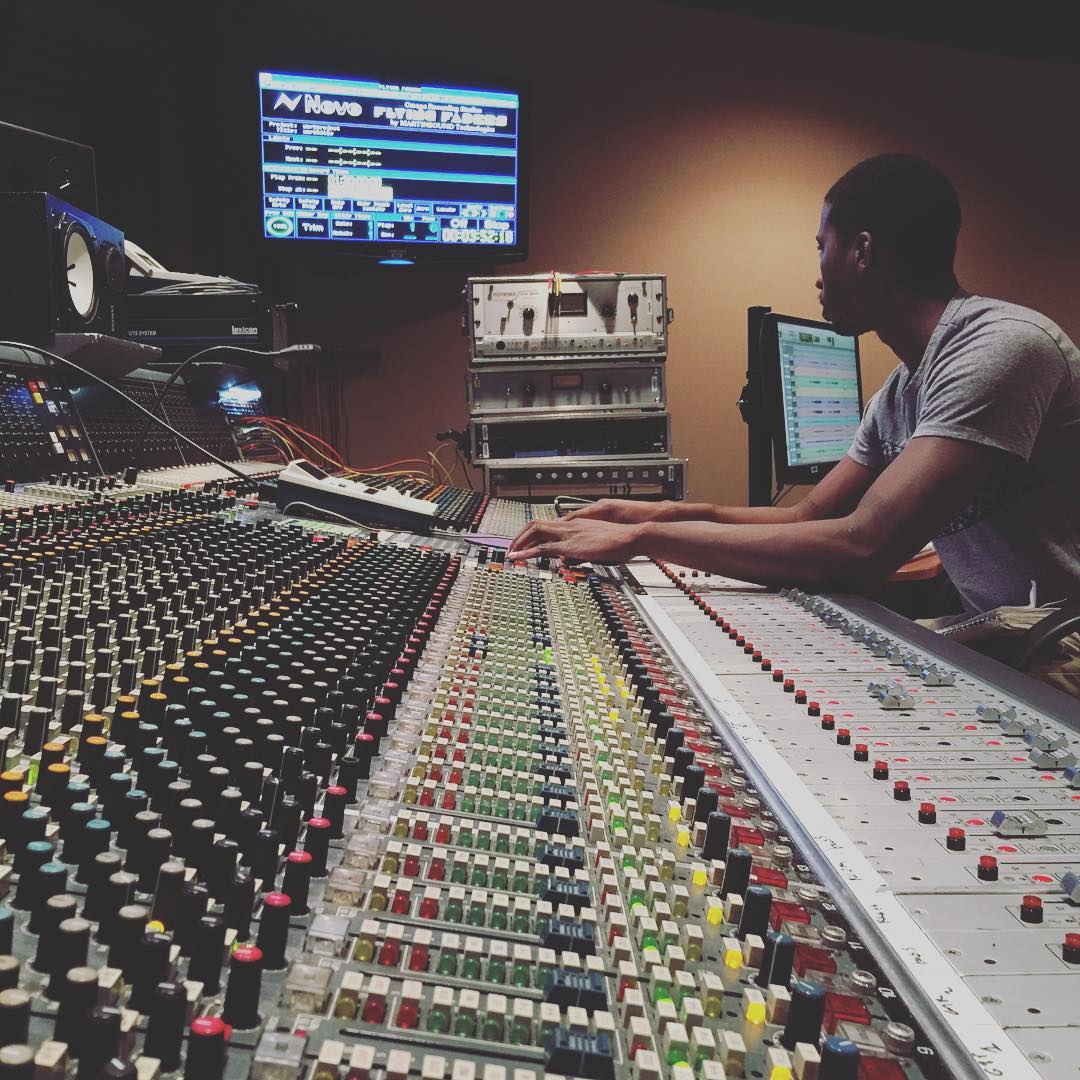 Each of the programs at the Omega Studios’ School has been carefully crafted to provide a clearly defined vocational objective. However, a highly motivated student desiring the strongest educational foundation for a career—and the greatest possible choice of jobs in audio recording and production—should seriously consider enrolling in all the courses offered by the Omega Studios’ School. We refer to this combination as the Comprehensive Recording Industry Program.

The Comprehensive program combines the curricula of the Audio Engineering for the Music Industry and the Audio Engineering for Film and Television programs. It prepares students for careers as audio engineers in virtually any position in the music, motion picture or television industries. In the same way that elective courses contribute to a student’s major educational focus, the intensive and multi-faceted education resulting from the Comprehensive program will provide the student with a diverse range of skills and an even greater potential for successful employment. Omega’s Comprehensive graduates are the most highly qualified candidates available, with skills and training to handle any audio engineering job or task, anywhere.

Jobs in audio engineering are changing fast, spurred by the rapid development of audio and computer technology. Variety, flexibility and the ability to combine skills is the name of the game in achieving success, as the many different disciplines in audio for the music and motion picture industries increasingly overlap. Omega’s Comprehensive graduates are prepared to handle all of these requirements. They are especially successful in finding employment, thanks to the thoroughness of the training they receive in the Comprehensive Recording Industry Program.