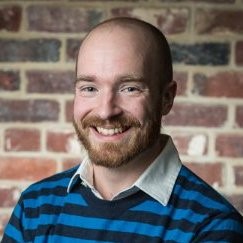 Even though Caleb Keiter is relatively young, he has accomplished more in his short career than most professionals do in their entire lives. His long list of achievements include Professional Certifications from Google, Bing, and, in 2007, he was one of only 19 Digidesign ProTools Expert Instructors in the world. Caleb has also worked for The Recording Arts Center and Studio West in San Diego, California. He is also a professional photographer, blogger, Marketing Specialist, Account Manager, and Digital Content Creator working in Richmond, Virginia. Now, all great people have a beginning, and Caleb’s just happened to be at the Omega Studios’ School, right here in Rockville, Maryland.

Caleb graduated as Valedictorian from his high school class, and soon focused his gaze on The Omega Studios’ School. Once again, Caleb graduated at the top of his class. He also received a ProTools Operator Certification from AVID, a feat mostly accomplished AFTER graduation. However, Caleb wasn’t happy with going with the grain, and soon utilized his education to accomplish his lofty goals.

Caleb moved out west, seeking new opportunities. He found himself being introduced to the engineers at Studio West in San Diego, and they promptly hired him. He would go on to work on a variety of projects, including video games, and recording and mastering for bands, television, etc. He put his ProTools Certification he received while attending Omega to good use, as he started working on the AVID D-Control/D-Command Consoles to manage projects. At the same time he was working at the studio, Caleb was teaching as an Expert ProTools Instructor at the acclaimed Recording Arts Center in southern San Diego. Caleb had attained the perfect jobs of a young professional’s dream. He wouldn’t stop there.

Caleb used his professional success to branch out into other fields of interest. He soon became a freelance photographer, and afterwards started working for a company called Red Door Interactive. There, Caleb would monitor traffic on their website and create content for it. After moving up the ladder at Red Door, Caleb found himself on the front steps of a new company; Dynamic Web Solutions in Richmond, Virginia. At Dynamic, Caleb worked as an account manager until 2014, when he started at his current position as a Marketing Manager at Unboxed Technology.

Caleb’s story is one of constant upward momentum through the professional stratosphere. He is the living definition of success, and he lives to show that, with a proper education, like the one he received at Omega Studios’ School, anything is possible.

If you would like to find out more information about Caleb, you can find his professional website here.