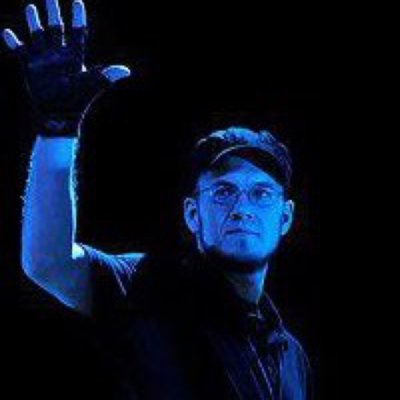 David M. Riches is an Audio-Visual and Theatrical Technician, Certified Technology Specialist (CTS), Freelance Lighting Technician, and a graduate of The Omega Studios’ School of Applied Recording Arts & Sciences. He currently works as a Senior Media Systems Technician 1 for TeamPeople in Washington, D.C., and continues to work at various venues as a Freelance A/V Tech.

Although David has come far, David’s career in A/V had a humble beginning. In 1998 he started working as a Sales and Rental Agent at Wheaton Music where he was exposed to a variety of A/V equipment. This sparked his interest in the industry, and soon he was looking to become a professional in the industry. David heard about The Omega Studios’ School, so he decided to sign up for the Recording Engineering and Studio Techniques program. Through this program, David was trained on a variety of audio equipment including consoles, microphones, and outboard processors. Finally, David had the tools and training he required to start his career as a professional in the Music Industry.

After graduating from The Omega Studios’ School, David started working as a Freelance Audio Technician with Sounds Reasonable where he supported and assisted in the set up and disassembly of audio systems for live performance and special events such as the Maryland Renaissance Festival. David was also able to develop his skills in video and lighting, and was soon making waves as a competent A/V Technician.

In 2008, David was ready to offer his skills to the rest of the A/V world. His reputation made him a highly sought after tech, a tech that would end up working for 13 different companies simultaneously. He was hired as a Freelance A/V Tech at a variety of A/V companies including Immediate Connections, Inc., A/V Solutions International, Inc., Technical Staffing Group, LLC, CPR Multimedia Solutions, The Arena Stage, and AVTek Staffing Services. Being a technically inclined individual, David had also developed his skills as an Electrician and started working freelance for The Olney Theater Center, WCS Avant Bard, Atmosphere Lighting, GALA Hispanic Theater, The Catholic University of America, Metro Stage, Howard University, The Round House Theater, and The Adventure Theater MTC. David still works with these companies to this day.

After just one year of working and networking, David’s name came across the hiring manager’s desk at TeamPeople. They hired him on as a Media Systems Technician for the World Bank Group in Downtown, Washington, D.C., and soon promoted him to Senior Media Technician 1. At TeamPeople, David operated conference room systems including projection systems, audio mixing and distribution systems, A/V device control systems, interpretation systems, professional level video and audio recorders, phone, computer automation and CCTV systems. His training at The Omega Studios’ School and his experience in the field allowed him to excel and work a variety of venues will confidence and skill.

Follow these links to find out more about our School and our Programs.

Read about other successful graduates on our “Where Are They Now?” page.