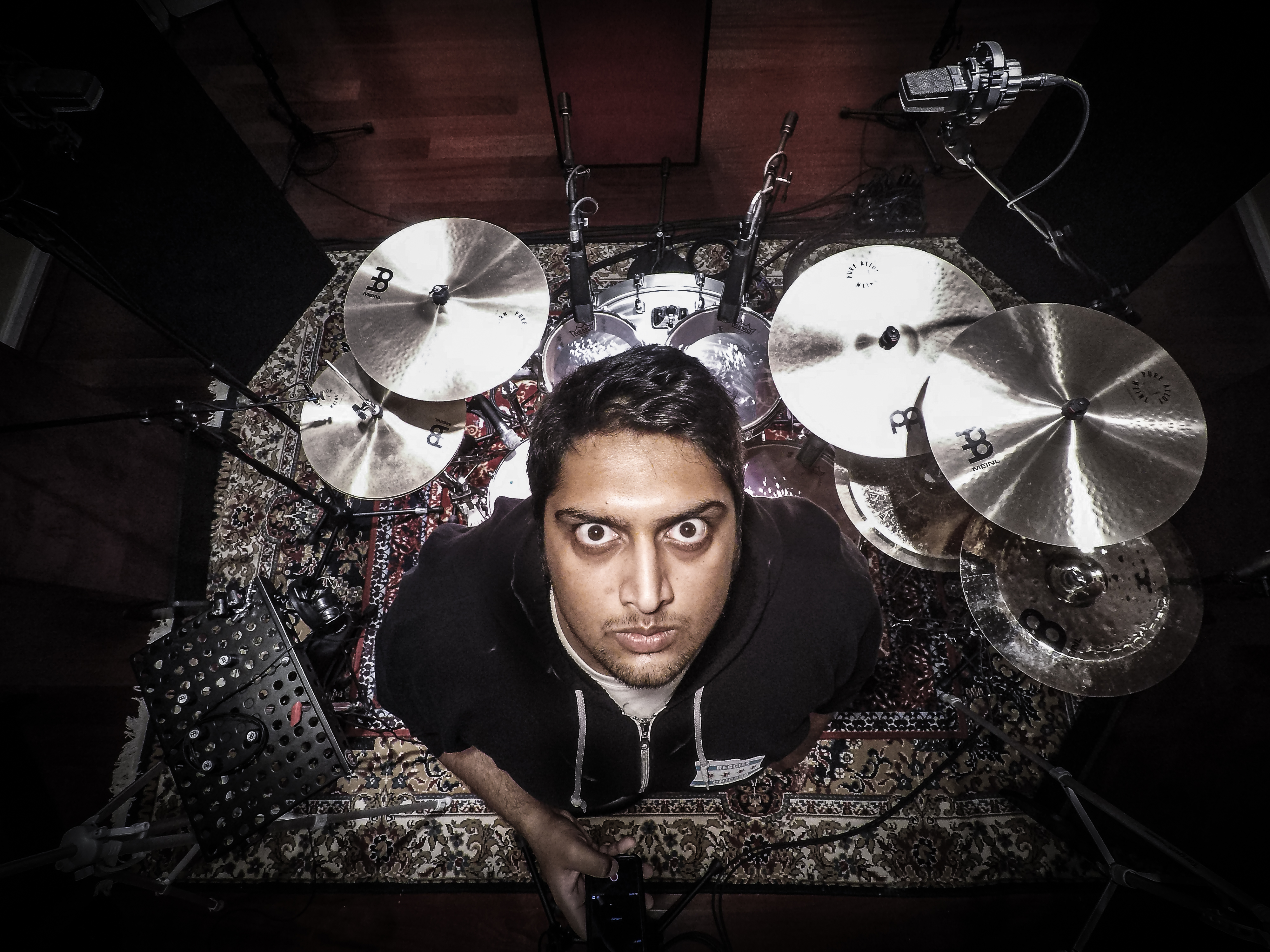 As a musician, it has always been an aspiration of mine to be in a touring band and to record my music on a number of different projects. Anup Sastry has accomplished all of this and more. He is a Professional Drummer, Composer, Producer, Audio Engineer and YouTube Content Creator based out of Frederick, Maryland and Washington, D.C.. Anup has played with professional guitarist Jeff Loomis, as well as number of bands, including Intervals based out of Toronto and Skyharbor out of New Dehli.  He is also a Graduate of The Omega Studios’ School of Applied Recording Arts and Sciences.

I got a chance to speak to Anup about his personal and professional experiences working in the Music Industry.

A: I was actually always interested in music from a young age. I started playing drums when I was about 11 or 12 years old, and my passion for drumming helped facilitate my eagerness to learn more about music. I was also very into recording my own playing when I first started drumming. I had a hand-me-down 4-track tape recorder and a couple of microphones from Radio Shack that I’d use to record my self playing the drums. I’d then listen to them in the car when my parents would drive me to school every day, back when cars still had tape machines. That’s really when my passion for audio engineering began. I was also playing in local bands constantly growing up, performing live as much as we could. Granted, a lot of our shows would be house parties and small dive bars at best, but it was still an amazing experience playing live with other people. More so, I really enjoyed writing, creating, and recording music with other musicians.

Q: What did you do before Omega?

A: Directly before Omega, I was actually attending community college for Architecture, which then switched to Computer Sciences. My plan was to eventually transfer to a university where I’d study one of those two fields further. Architecture, specifically residential, was something I absolutely loved as a kid, and that was something I could see my self doing one day. It wasn’t until about a year into attending community college that I realized music would be the only thing that would truly make me feel happy and fulfilled. It just didn’t feel ‘right’ to pursue anything else. So I immediately changed my subject of study to Music Theory. I was attending community college by day for music theory/piano/ear training, and Omega by night for Audio Engineering. The way I was introduced to Omega was because one of my best friend’s, Joe Benny, attended the school prior to me. So I had a lot of insight about the school prior to attending.

A: I was part of the Comprehensive Recording Program, but I mainly wanted to study Pro Tools. There wasn’t really one specific program that I favored. More so, I have a lot of appreciation specifically for an overall concept that I learned from Omega, which is signal flow. This has helped me immensely to grow as an Audio Engineer, and it helped me to understand so much more about audio.

A: Directly after graduating Omega, I started making YouTube videos for my drumming. I actually started making these videos while I was still at Omega, but I maybe had another few months of the program left to complete. My focus directly after was to plug myself into the progressive metal world of music because that’s where I saw myself wanting to excel in. My main goal was to start touring with musicians in the scene, and I wanted to surround my self with that genre of music as much as possible.

YouTube helped me to get my first touring gig with a guitarist named Jeff Loomis. I was his touring drummer for a few years, touring his solo material around the US and Europe. I also joined/started a band called Intervals, which was based out of Toronto. I met those guys from doing YouTube videos. I then also joined another band called Skyharbor, which was based out of New Delhi. After graduating Omega, I was pretty much constantly touring with bands for the next several years.

Q: What has your job history been like since graduating from Omega?

A: My job history has been a very large mixture of things. Audio Engineering took the side line a bit after graduating Omega because I was constantly traveling with bands. Although, the engineering side kicked in when it came time to recording/engineering my drums for the bands that I was in. I also write, produce, record, engineer, and mix my own solo material. As of the past couple of years though, I’ve been getting much more session work, which requires me to record and engineer my own drumming for artists that hire me. I’ve also been recording/engineering/mixing bands as well. I definitely no longer only focus on metal, and I’ve branched out much more since I started touring with bands.

A: I do a lot of session drumming for artists, both in studio and live. I produce, write, engineer, and mix my own solo material. I engineer and mix other bands and artists as well. I still stay active with video content for my drumming.

You can find out more about Anup by visiting his Facebook and YouTube pages. You can also hear his music at his Bandcamp.

You can read more about our School of Applied Recording Arts & Sciences here.